Back in the day, many theme parks would call it a season around Labor Day. But that all changed in 1973, when Knott's Berry Farm in Buena Park, California, decided to celebrate Halloween with a three-day affair. The event was a hit, and now it's marking the 47th season of Knott’s Scary Farm.

Other companies took notice of the event's success, and today virtually every theme park extends its season well into the fall with Halloween events. Most follow Knott's template by offering monster-filled mazes, outdoor scare zones, shows and re-themed rides.

Let’s explore a sampling of the spine-tingling scares that await visitors along parks’ menacing midways. 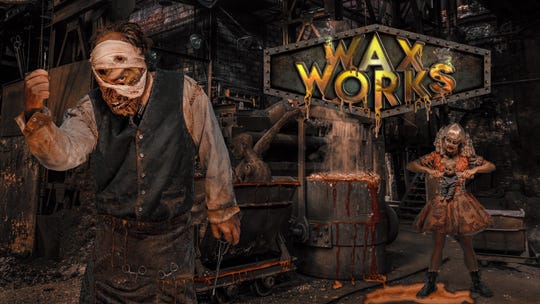 The granddaddy of gore, Knott’s Scary Farm, runs on select nights through Nov. 2, and tickets start at $43. This year, the event features nine mazes, including the new “Origins: The Curse of Calico.” Set in the park’s famous Ghost Town, visitors are accosted by townsfolk who have fallen prey to a witch’s evil curse.

The demented doctor presiding over another new maze, “Wax Works,” takes a shortcut in creating the figures for his wax museum. Rather than crafting them, he simply dips live humans into a vat of hot wax. Suffice it to say, Knott’s Scary Farm is not for the squeamish. 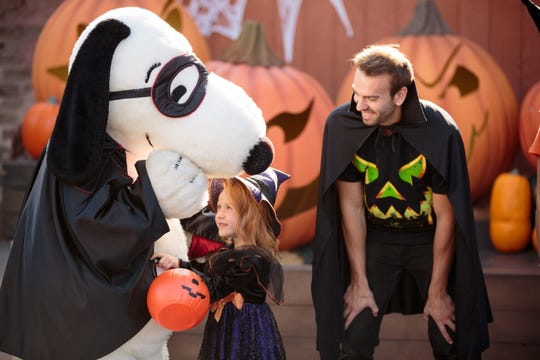 It’s not all blood and chainsaw-wielding baddies at Knott’s. The park also presents Knott’s Spooky Farm, a toned-down ode to Halloween designed for younger children and their families. It's offered on Saturdays and Sundays through Oct. 27, and on Oct. 31 and is included with park admission. 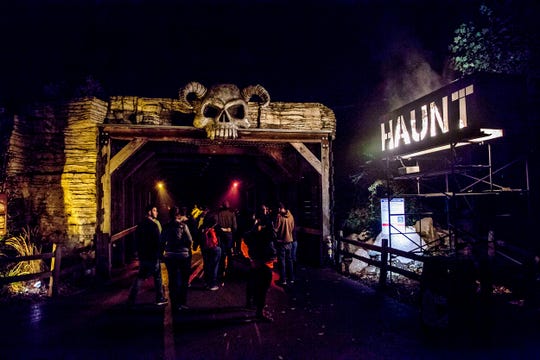 Knott's isn't the only Cedar Fair park that gets into Halloween. Eleven of its other parks have their own events, like Haunt at HalloWeekends at Cedar Point in Sandusky, Ohio, (select nights through Oct. 27; tickets begin at $45).  Mazes include “Slaughter House,” where the butchers pursue guests as if they are lambs being led to the – well, you get the idea. 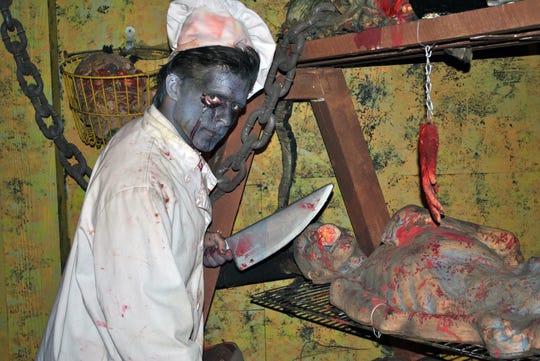 All of the Six Flags parks go to the dark side with Fright Fest (check individual parks for dates and ticket prices). There may be nothing creepier than malevolent clowns, and Six Flags New England in Springfield, Massachusetts, lets them run amok in “Slasher Circus 3D” (select nights through Oct. 27).

The undead figure prominently in the parks’ Halloween events. Case in point: Six Flags America in the Baltimore/Washington area dares visitors to make their way through its “Zombieville” scare zone (select nights through Nov. 3). 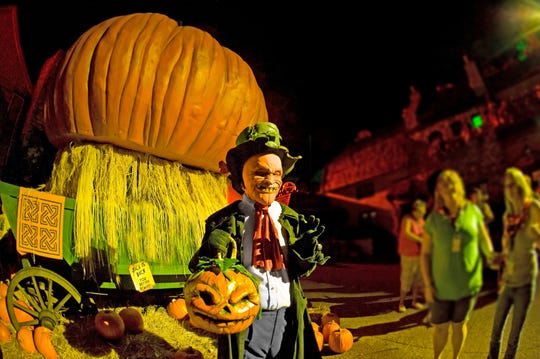 Jack's back for Howl-O-Scream at Busch Gardens Williamsburg in Virginia. (Photo: SeaWorld Entertainment) 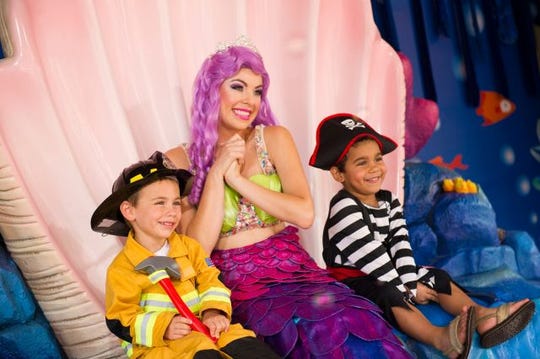 The SeaWorld parks in San Diego, Orlando and San Antonio keep things on the mild side with family-friendly Spooktacular events. (Photo: SeaWorld Entertainment)

The event is also offered at SeaWorld San Diego  and SeaWorld Orlando through Oct. 27. Features include a “Sesame Street” parade, complimentary trick-or-treating and a Halloween edition of “Pets Ahoy,” starring the parks’ animals. 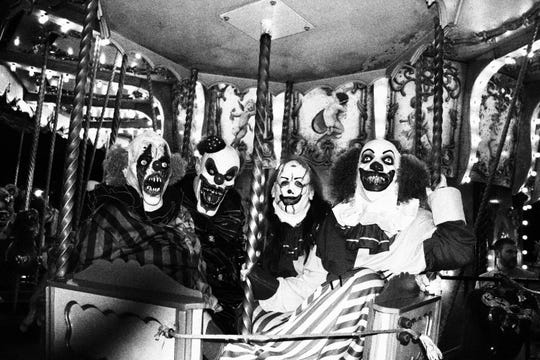 It’s been a while since Louisville's Kentucky Kingdom scared the daylights out of its guests, but this year, the park is bringing HalloScream back from the dead. The event runs every weekend night in October.

Among its mazes is (creepy clown alert!) “Die Laughing: A Clown Funeral.” And, as if horror icon, Jason, isn’t scary enough in two dimensions, the park is presenting “Friday the 13th in 5D” in its theater. 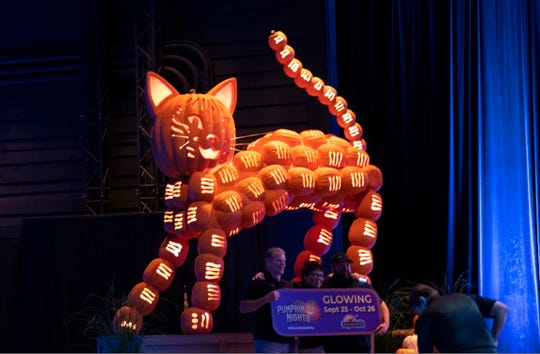 For its inaugural Halloween event, Silver Dollar City in Branson, Missouri, is foregoing the frights. Instead, it offers Pumpkin Nights at its Harvest Festival (through Oct. 26) with intricately carved jack-o-lanterns and other seasonal fun. (Note: Costumes are not permitted.)

Want your Halloween horror-filled or Not-So-Scary?Pick your poison at Disney or Universal