A walk through the heart of north Dublin recalls Ireland’s long fight for independence, and makes a fine introduction to the city’s rich history. I try to make time for this stroll on each visit to reinvigorate my sense of the city as the beating heart of the still-evolving Irish nation.

I start at the O'Connell Bridge, which spans the River Liffey. The river has long divided the wealthy south side of town from the working-class north side. From this bridge, I can see modern Dublin evolving: A forest of cranes marks building sites all over town.

Leading from the bridge through the heart of north Dublin, O'Connell Street echoes with history. I like to walk along its tree-lined median strip, which gets me up close to many Irish heroes.

The first statue honors Daniel O'Connell (1775–1847), who demanded in the British Parliament that Irish Catholics have civil rights. He organized thousands of nonviolent protesters into huge “monster meetings.” The pedestal has many bullet holes, which remain from the 1916 Easter Rising, a week-long rebellion against British rule that was quickly crushed. 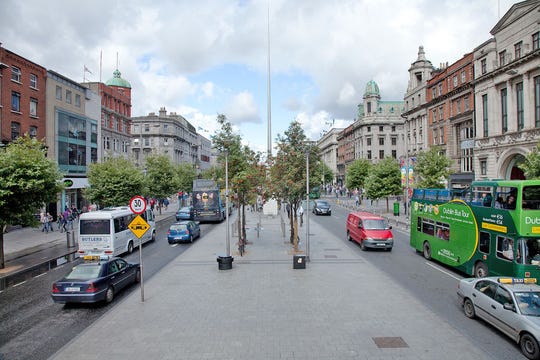 The next statue depicts William Smith O'Brien (1803–1864), the leader of the nationalist Young Ireland Movement. Compared to predecessors like O'Connell, O'Brien was more willing than O'Connell to use force to achieve Irish self-determination. After a failed uprising in Tipperary, he was imprisoned and sentenced to death before being exiled to Australia. 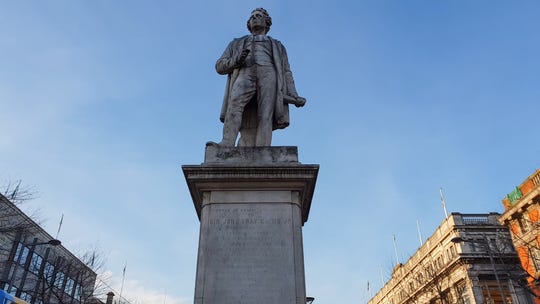 Nearby is a statue of Sir John Gray (1816–1875), a doctor and politician who wanted to repeal the union with Britain. You can also thank him for bringing safe drinking water to Dublin.

Next is James Larkin (1876–1947), the founder of the Irish Transport and General Workers Union. The strike he called in 1913 is considered to be the first shot in the war for independence. He stands where a union gathering degenerated into a riot after Larkin was arrested for trying to make a speech – resulting in massive police brutality and several fatalities. 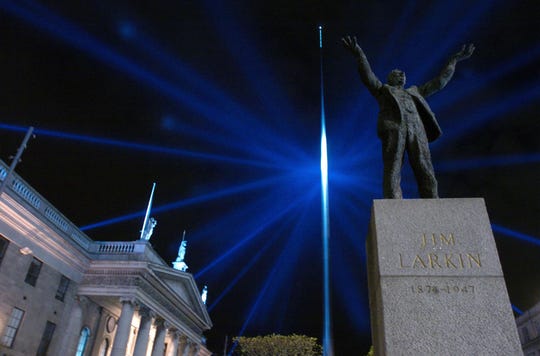 A statue of Irish labor leader James Larkin stands outside Dublin's General Post Office, where are still pockmarked with bullet holes from the Easter Rising of 1916. (Photo: HAYDN WEST/AP)

A bit past the Larkin statue is the General Post Office, with pillars still pockmarked with bullet holes. This was where nationalist activist Patrick Pearse read the Proclamation of Irish Independence in 1916, kicking off the Easter Rising. The building became the rebel headquarters and the scene of a bloody five-day siege. Why battle over a post office? Because it housed the telegraph nerve center for the entire country. Today, an engaging exhibit brings the dramatic history of this building to life.

A few blocks away is a statue of Father Theobald Mathew (1790–1856), a leader of the temperance movement of the 1830s. Father Mathew was responsible, some historians claim, for convincing enough Irish peasants to stay sober that O'Connell was able to organize them into a political force. But the onset of the Great Potato Famine crippled his efforts and sent thousands to their graves or onto emigration ships – desperation drove Ireland back to whiskey. 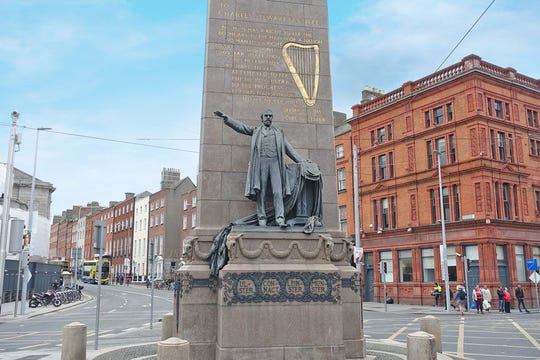 Standing boldly at the top of O'Connell Street is a monument to Charles Stewart Parnell. Ringing the monument are the names of the four ancient provinces of Ireland and all 32 Irish counties (north and south, since this was erected before the Irish partition). Parnell (1846–1891) was the member of parliament who nearly won “home rule” (self-government) for Ireland in the 1880s – and who served time in jail for his nationalist activities. Despite his privileged birth, Parnell envisioned a modern, free, united Ireland as a secular democracy.

Momentum seemed to be on Parnell's side. With the British prime minister favoring a similar form of home rule, it looked as if Ireland was on its way toward independence as a Commonwealth nation. Then a sex scandal broke around Parnell and he lost his leadership post.

After that, Ireland became mired in the conflicts of the 20th century: an awkward independence featuring a divided island, a bloody civil war, and sectarian violence in Northern Ireland during the last half of the century. But since the Good Friday Agreement of 1998, peace has finally prevailed on this troubled isle. 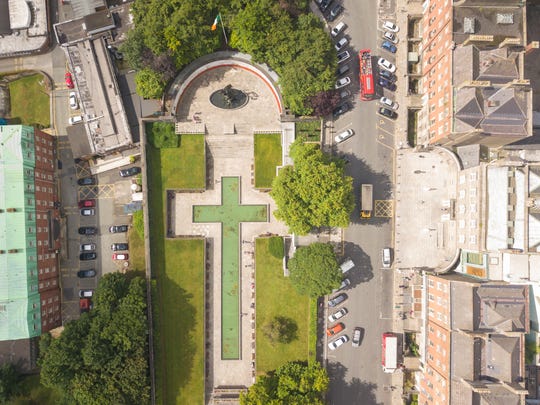 Garden of Remembrance honors the victims of the 1919 Easter Rising. It marks the spot where the rebel leaders were held before being transferred to prison for their execution. (Photo: levers2007, Getty Images)

Uphill from Parnell, Dublin's Garden of Remembrance honors the victims of the Easter Rising. This memorial marks the spot where the rebel leaders were held before being transferred to prison for their execution. The Irish flag flies above: green for Catholics, orange for Protestants, and white for the hope that they can live together in peace.

One of modern Ireland's most stirring moments occurred here in 2011, when Queen Elizabeth II made this the first stop on her visit to the Republic – the first by a reigning British monarch in 100 years. She laid a wreath and bowed her head out of respect for the Irish rebels who had died trying to gain freedom from her kingdom. This was a hugely cathartic moment for both nations. 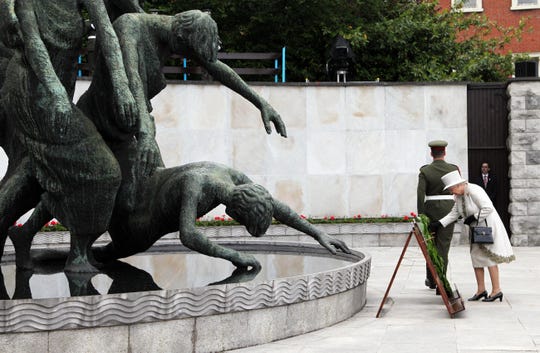 In May 2011, Britain's Queen Elizabeth II, lays a wreath in the Garden of Remembrance in Dublin, a cathartic moment for both the English and Irish. (Photo: AP)

Brexit brings new challenges ahead as politicians hash out what Britain's break from the EU means for the border between Northern Ireland and the Republic. While my brief Dublin walk is over, there's plenty more history to be made on the Emerald Isle.